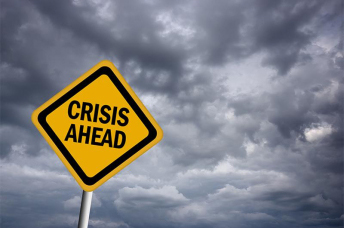 It is a pleasure to welcome guest blogger Jerrold I Katz, former head of school at The Park School for 20 years, and most recently as the head of a Reform Jewish independent school in New York City. Jerry has recently joined RG175 as a consultant and is already playing an active role in searches at The Common School (Amherst, MA), Daycroft Montessori (Ann Arbor, MI), and Mother Caroline Academy (Dorchester, MA). –Tom Olverson

Moments of crisis, when it feels like time stops and everything is at stake in a school, certainly are moments that all heads hope to avoid.

Yet, everyone seems to get “their turn,” and I had two awful crises to manage very publicly at moments in my 36-year leadership career. In hindsight, I missed the mark in the first situation by not questioning the advice I received from legal counsel. By the time I faced the latter crisis, I’m glad to say that I had learned what it meant to take a stand and to do the right thing for myself, for others, and for my school community.

From my perspective, here’s a fundamental problem for many heads of school. In moments of crisis, we often abandon our moral authority, when we simply let our legal counsel take charge and tell us what to do. Don’t get me wrong. I think it’s always important to seek legal counsel, to listen, and to make sure one understands issues of privacy, legal responsibility, and potential liability. However, it’s only advice. Sometimes, in my experience, there are compelling moral reasons to take a calculated risk by claiming higher moral ground.

Silence in the face of a difficult situation can confuse faculty, parents, and children. Withholding information, when others are struggling to make sense of an unexpected turn of events can be a betrayal of trust, especially if, over time, the facts become widely known, as they often do. In the name of protecting a school’s reputation or limiting exposure to potential liability, a head can put his/her self at considerable risk of violating the school’s mission and core values.

It is essential to have the partnership of a strong board chair, if a head is going to buck the advice of an attorney. Nine years ago, I was one of a growing number of independent school heads to receive a call from a former student informing me that, forty years earlier, he had been sexually abused in a series of off-campus encounters with a then faculty member at my school.

My initial response was to let the caller know how sorry I was that something like this could have happened to him as a student at our school. I told him that I admired his courage in making what had to be a very difficult phone call. I arranged a time to meet with him later that week, and I immediately called my board chair and the school’s legal counsel.

My board chair and I agreed that we had three things to consider in managing this very difficult situation: our mandated legal responsibility, the school’s public relations image and potential exposure to liability, and doing the right thing in response to a former student (and potentially others) who had been deeply hurt by an experience at our school. We chose to err on the side of leaning into controversy, rather than trying to avoid it. We chose to respond with respect, openness, compassion, and a commitment to justice. After several very challenging weeks, my school came out feeling proud of its values and united in its efforts to uphold them.

School leaders need to actively evaluate where legal counsel says it’s safest to go. Crises are the moments that test the moral authority of a head of school, and they are opportunities to put that authority on display. Heads who get this right are, more often than not, heads who have successful careers.