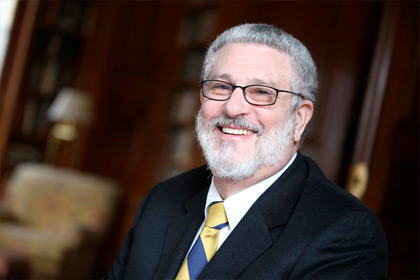 Background: Roger has a 25-year career as a Head of School. He has served as a consultant to schools and other non-profit for 30 years, full-time for the past 15 years. He is comfortable with a broad range of issues including transition and succession planning, governance, and strategic planning. Roger also serves as an executive coach to several heads of school and executive directors of non-profits.

Roger specializes in board/head relations and founders' issues. While much of his work has been in California and Hawaii, Roger consults with schools nationally and internationally. He has successfully completed 40 searches. He has facilitated board retreats and governance workshops for over 90 organizations. He was hired by the US State Department to work with the boards of interational schools in Viet Nam, Fiji, India, and Myanmar (Burma).

Roger has been active in the educational community, including the founding of University Prep in Seattle where he served as Head of School for twenty-five years. He has served on the boards of Catlin Gabel School (OR) and Annie Wright School (WA). He also served on the board of Cornish College of the Arts (WA), where he was Vice Chair and also chaired the presidential search committee as well as the Trustee and Governance Committee. He served as the National Treasurer of the National Association of Independent Schools (NAIS), President of the Pacific Northwest Association of Independent Schools (PNAIS), and chaired the Superintendent's Advisory Committee on Private Education for the State of Washington.

An extensive background in professional and community activities includes the boards of the Washington Commission for the Humanities, the United Way of King County, the Seattle Arts Commission (chair), Seattle Repertory Theatre, Intiman Theater, the Seattle Urban League, Friends of Youth (chair), Leadership Tomorrow, and Seattle Arts and Lectures (chair).

Roger was honored with the President’s Award by Washington’s Friends of Youth, and Seattle Mayor Paul Schell has declared a Roger J. Bass Day. He has received fellowships from the National Endowment for the Humanities, the Kettering Foundation and the Klingenstein Center. He was selected by Esquire Magazine as "One Who is Changing America." Roger holds a Master of Arts in Speech and a Bachelor of Arts in English from the University of Washington. He resides in Seattle and enjoys travelling and attending arts and cultural events.