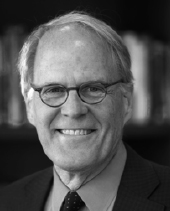 Background: Mark was an independent/international school head for 28 years. He began his overseas career at Singapore American School and four years later developed and led the first American school on the island of Cyprus. He returned to Asia to lead the Taipei American School (12-years), then to the Frankfurt International School in Germany (5-years), and finally as head of school for the American School of Paris from July 2010-June 2018.

Experienced as a trustee and with non-profit foundation work, Mark served as board chair of the East Asia Regional Council of Overseas Schools. He worked with Dr. Jane Goodall to establish the Jane Goodall Foundation in Asia. He was a founding board member of the Academy of International School Heads and was president of the Association for the Advancement of International Education. Recently, he was named as Executive Director of AAIE where his brief is to ensure leadership development for international schools around the world. Mark also leads a foundation that supports English literacy for young people of the Kalahari Desert in South Africa, seeking to improve matriculation rates for college entrance.

Mark works out of both Princeton, New Jersey and Paris, France.