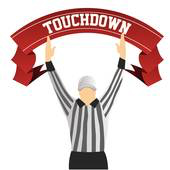 In previous blogs I argued that many strategic plans lack strategic thinking. They are too often imitations of plans from other schools and thus, devoid of serious consideration about real opportunities, specific to the school, that can kick-start a virtuous cycle. We independent school people value our independence, but too often we goose-step to the beat of whatever the “hot” idea happens to be. It’s too easy to succumb to the tyranny of the fashionable.

And indeed, this was all fine and good until 2008 when the Great Recession hit independent schools full-force. Since then, declining enrollment, affordability, financial aid, net-tuition revenue, and softer waiting lists have moved center-stage, but the same mindless imitation persists.

Independent schools serving small to medium sized markets have particularly felt the brunt of a changing financial and demographic landscape so much so that many are barely surviving or at the very least, unable to move forward because of a dearth of resources.

If you lead a school serving this kind of market, what should you do?

Win by five touchdowns in a few areas that matter.

Demonstrate by traditional measures (college placement, SAT and AP scores, academic competitions, test scores, student engagement, etc.) that your school is, by far, the best academic game in town. In short, your school needs to convince parents who want a good education for their children, but are predisposed to think that the public schools are good enough, to see clearly that they are sacrificing their children’s futures by sending them to the public schools. If your academic program is perceived as being slightly better than the honors program at the public school, then the cost of tuition combined with its limited extracurricular program compared to that of the public school means there is nothing compelling about your school. Being a little bit better in a number of different programs with a skeptical audience will not drive behavior in the market. Your school has to demonstrate that academically it is vastly superior to the public schools. In short, don’t just beat the competition; crush it.

At the same time your school focuses on demonstrated academic hegemony, it has to determine if there are any table stakes that might thwart your strategy. Does your school need to have a certain level of success in some program—curricular or extracurricular—in order for your excellence to drive behavior and more specifically, what is that level of success? The answer to this question often depends on local circumstances. The critical point is that in order for your school’s excellence to be compelling, you must determine the significant barriers to behavior and account for them.

Too often schools in smaller markets follow the lead of schools in big markets by assuming they must add programs in order to remain competitive. These schools serving smaller markets are assuming that the “threats” part of the SWOT analysis should be the driver of program. Indeed, in large cities, this may be the case, but in smaller markets, more suspicious of private school education, independent schools must focus time, energy, and money on doing one or two things great. The point is to not establish excellence in a domain that is unfamiliar. Rather, demonstrate excellence in familiar territory, but at a level unimagined. Steve Jobs famously wrote, “People don’t know what they want until you show them.” Herein lies the path to financial sustainability.

Don’t get me wrong, in many ways the picture I have drawn is inadequate, void of creativity, imagination, and the very essence of 21st century education; it may even stray from a school’s mission. This picture is not my Platonic ideal. But independent schools have to deal with the reality of the market place. In many mid-size markets this reality, by way of example, must translate into parents bragging about the school’s college placement as well as the winning baseball team or great music program. In my first headship, a parent with deep roots in a major independent school on the east coast complained to me about the absence of programs compared to the school she attended. I would have loved my school, serving a population of 150,000 people, to offer these programs, but I could not fulfill her wishes and still maintain superiority in academics and a few key sports. The strategy paid off. In ten years the school went from 192 students to 360. Twenty years later and financially stable, the school has created exciting programs reflective of the community’s heritage and aligned with 21st century education. As Emily Brush has written in a BoardSource blog post, “Organizations must secure their own oxygen masks first. How? By focusing on sustainability first and then increasing impact.”

Heads and boards must understand that strategy is a bet, albeit one that is carefully researched and thought out. In small to mid-size markets hedging the bet is not an option; it will only result in a lot of slightly above average programs. The intuitive marketer in each of us is predisposed to go wide; it’s the wrong answer. Go deep; focus your efforts. Win by five touchdowns!