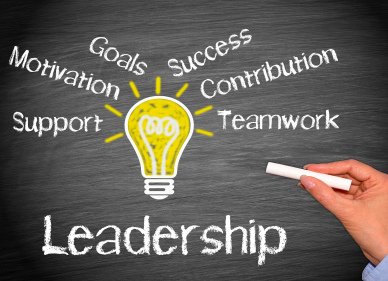 In October 2016 The Harvard Business Review published a fascinating study of effective educational leadership. “The One Type of Leader Who Can Turn Around a Failing School” is an in-depth research project on educational leaders in England who were charged with transforming under-performing public schools. The authors (Alex Hill, Liz Mellon, Ben Laker and Jules Goddard) conducted extensive interviews with 411 educational leaders, examined their background and experience, and used specific measures valued in England to assess performance. Moreover, these researchers focused on long-term results as a measure of high performance. What emerged from this in-depth study is the identification of five kinds of leaders, all with different approaches to change: surgeons, soldiers, accountants, philosophers and architects.

Not surprisingly, the five kinds of leaders identified in this study have similar counterparts in American independent schools. Because the British schools are government-funded, the analogies are not perfect; however, the description of each of the leader-types strongly suggests the approaches many heads in the United States have taken to turn around their schools. As such, this study has useful applications beyond British education.

The surgeons “are both decisive and incisive… They often arrive with a reputation of being able to turn around a school quickly.” The authors conclude that surgeons are looking for quick and clear victories, thus their focus on the exam scores of older students. Surgeons concentrate time, energy and resources on producing immediate results. And they often do: “Unsurprisingly, the examination results improve dramatically,” but these results fade after the surgeon has departed—clearly the result of not allocating enough resources to the younger students. In short, the surgeons sacrifice long-term success for short-term victories.

The surgeons suggest a classic category of independent school leadership. For these heads, short-term perspective informs strategy. Focus is almost exclusively on early wins. Rarely do these heads take the time to understand at a deep level the landscape of reality. These heads most often establish a trendy program with a lot of buzz, but they avoid the difficult issues, the answers to which will lead to long-term success. Efforts and resources are focused on appearance. One underperforming school’s new head decided that if its quality could not match that of the competition, then it would polish up the product without really improving it. In effect, the Head was saying, “If we cannot compete, maybe we can look a little more like these other prestigious schools.” Tighten up the dress code, conduct workshops on the educational fad of the day, even give a day off of school in celebration of a team that had not won a game in a couple of years in an effort to improve student morale—these and other similar actions were designed to suggest a narrative of excellence but without its DNA. Needless to say, the strategy did not lead to sustainable excellence.

The soldiers “like efficiency and order.” Their focus is on the bottom line and eliminating “wasteful” spending. According to the authors, these educational leaders save money and balance budgets by making faculty do more. Support for teachers is diminished. Morale is sacrificed for the sake of the bottom line. But the result, as Hill, Mellon, Laker, and Goddard discovered, was that faculty and staff were “exhausted and demotivated working from a climate of fear and uncertainty.” Student performance changed little and after the soldiers left, the schools needed to increase expenditures in order to bolster the troops.

“We need a head who really understands finances and how to manage a budget.” Does this statement sound familiar in the independent school world? After several years of budget bleeding, it is understandable for boards to seek someone who will tighten the school’s belt and ensure that the school does not live beyond its means. There is nothing inherently wrong with this goal, and indeed, right-sizing may make sense in light of the demographic reality a school faces. But American soldiers often fail to focus on quality and the value proposition. They fail to seek out the opportunities that may give the school an advantage in the market. Their slash and burn tactics mean that quality takes a backseat to the bottom line. Indiscriminately cutting budgets may prove fruitless in the British public school system; in the American arena, it can create a death spiral for an independent school.

Accountants, according to the researchers, “try to grow their schools out of trouble. They are resourceful, systematic, and revenue-focused leaders…” The basic assumption of these leaders is that if the school concentrates resources on revenue-producing programs, it will overcome its limitations and begin to improve performance. The key is more money. But as the authors’ research demonstrates, there is so much focus on raising revenue that academic performance gets lost: “exam results hardly change.”

The fourth category of leader is the philosopher. Teachers love philosophers as educational leaders. Philosophers “believe that teachers are far more important than the people who support them or the students they teach.” The authors indicate that there is a heavy emphasis on professional development; teachers spend time outside of class talking about teaching. Although discussion of pedagogy seems a critical part of a successful school, Hill and his colleagues found that philosophers are not successful in turning around a school; in fact, they are the least successful of the five kinds of leaders. Exam results do not improve, nor do the finances of the school. The focus on teaching blinds the philosopher from seeing other crucial structural problems that affect outcomes.

Running an independent school in 2017 requires more than just an educational philosophy unless you are fortunate to head a school with a sizable endowment. It requires business acumen—a knowledge of marketing and its interplay with the program; it requires understanding a financial model; it requires dealing with personnel, the law, and fund raising—lots of areas that have nothing to do with course content or pedagogy. Generating lots of conversations with average teachers about pedagogy will not produce great results. The head of an independent school has to be not only an educator but also a C.E.O. in order to affect significant positive change.

Finally, Hill, Mellon, Laker and Goddard describe the one kind of leader who can turn around a failing school—the architect. According to their research, “Architects are the only leaders with any real long-term impact, as they quietly redesign the school…” Architects “take a long-term view of what they need to do.” The authors go on to explain that these leaders “combine the best parts of other leaders, but they make these changes in a different sequence and for different reasons—to transform students and communities.” Just as importantly, architects possess humility: “They are visionary, unsung heroes. Stewards rather than leaders, who are more concerned with the legacy they leave than how things look whilst they’re there.” According to Hill, et al. these are the only educational leaders that bring about long-lasting change and often they go unrecognized for their performance.

There is so much for independent school heads to learn from the architect. Although new heads charged with turning around a school need a few small early victories to build credibility, they must focus on the foundation, and this starts with an essential question: “What conditions must be created in order for students and teachers to do excellent work?” Successful heads that turn schools around dip their toes in the “early win” water, but their real focus is on building the foundation for excellent performance. One successful head who transformed a school, raised teacher salaries by 11% across the board, did not renew the contracts for several poorly performing faculty, and worked with two senior teachers to establish a salary structure that articulated the standards for excellent teaching and incentivized it. These moves, looked at as a whole rather than discretely, point to a strategy of attracting and retaining outstanding teachers—a refection of his belief that big change starts with high quality teachers. By raising salaries and providing mechanisms for making even more money, he kept strong teachers and also put the school in a better position to compete for the best teachers in the market. By not renewing contracts, he sent an unmistakable message—quality matters, as does accountability. In 17 years applications almost doubled to over 500, the acceptance rate dropped by almost half, attrition dropped by two-thirds, and median SAT scores climbed by 120 points. Just like the architects, heads that turn around independent schools focus on the long-term by establishing the building blocks for success.

Hill, Mellon, Laker and Goddard also demonstrate through their research that architects are not highly sought after in England, perhaps because of the very humility that helps them be successful. In many respects these real change agents defy our stereotype of what great leadership looks like, whereas the other kinds of leaders fulfill our stereotype. Of the five categories of leaders, they are the least recognized and the least paid.

American independent school search committees would be well advised to heed the lesson from this research. Charisma, extraversion, and a high dose of over-confidence may not be the best indicators of success when the school requires real change. Too many independent schools act like sheep, ultimately concerned more with appearance in the selection of a new head—educational pedigree, looks, experience at the “right” kind of school. Pre-financial crisis, focusing on these traits was just fine because the stakes were low; leadership didn’t really matter. Today, many independent schools need architects—real leaders who know how to affect sustainable change or can learn to do so quickly.

I fear more for the smug schools that suffer from an inflated view of their value, schools whose past glory blinds them from seeing an emerging reality. Like the “boiling frog,” these schools do not even know that they’re in trouble, yet they still seek the head that is more “sizzle than steak.” Of course, academic pedigree and experience at the right kind of school do not preclude a person from being an effective change agent. But search committees need to eschew a single-minded focus on appearance, and instead try to uncover the presence of real leadership skills. The future of independent school education depends on such an approach.