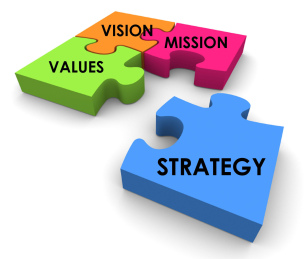 In recent years I have read many independent school strategic plans that are strikingly similar to each other; it’s as if they came from a clearinghouse of pre-packaged strategic goals. The goals are laudable—better facilities, more diversity, greater access, STEM and STEAM. However, their ubiquity leads me to believe that the thinking behind them is shallow, and herein is my frustration with strategic planning: there is often nothing strategic about it. The words long-term and strategic seem to be synonymous, since many of these goals will take years to achieve as opposed to months, while the “strategy” gets left in the dust.

It’s frustrating to watch heads of school re-package ideas from their previous schools based on the unexamined assumption that if it worked somewhere else, it should work here too. It’s not the quality of thinking reflected in independent school strategic plans that is the problem; it’s the absence of thinking. We in the independent school world need fewer strategic plans and more strategic thinkers if our schools are to continue to play a critical role in American education. Effective strategic thinking happens when a deep understanding of the landscape of reality is leveraged through imagination to serve a particular purpose or advantage.

One of the oldest and most effective tools for understanding your school is the S.W.O.T. analysis—strengths, weaknesses, opportunities and threats. But this analysis should not be done in a perfunctory manner as if the goal is to get through it as quickly as possible in order to do the real work of strategic planning. If you race through this analysis, you run the risk of missing the connections between each of the categories and of eliminating strategy from your strategic plan.

Here’s a real example. A day school had for years been the doormat in a league of highly regarded independent schools with strong athletic programs. Its academic reputation in comparison to schools in the league was also widely perceived as a major weakness. The league consisted of many of the very best schools in the area; in other words, this weak school was in a league with a highly desirable brand. In the S.W.O.T. analysis the athletic and academic programs were weaknesses, but the league was a strength, so much so that many highly selective colleges often recruited student-athletes from schools in this league giving these student-athletes a real advantage in the college admissions game.

Strength: membership in one of the most prestigious independent school leagues in the country

Opportunity: the chance to bolster the athletic and academic brand of the school by leveraging the league’s brand to attract student-athletes

The table was set to connect the dots. The school shed its “we’re not good enough to compete” mindset and hired coaches who had extensive contacts with athletes outside the league. These athletes often jumped at the chance to play in this exclusive league, and many of them ended up at highly selective colleges, thus bolstering the academic profile of the previously unheralded school.

There was no guarantee that the strategy would work. This is a critical element in the development of real strategic goals; if they are truly strategic, they feel like a bet, albeit a bet that is based on research, data, and systematic thinking.

Strategic goals are not just an end; they need to serve some larger purpose, typically fulfilling the school’s already existing capacity in some area, creating new capacity, and of course, helping the school better live its mission. The key question is this: “Will positive results from achieving the strategic goals put the school in a stronger position to be successful in achieving future strategic goals? Will those results lead to more applications, greater fund raising, or a more enhanced brand?” It is true that there are schools with large endowments that do not need to worry about these questions. Their focus should be exclusively on fulfilling missions and the “threats” part of S.W.O.T. But for most schools achieving strategic goals should lead to the creation of a virtuous cycle that strengthens capacity, helping the school fulfill its mission now and in the future.

Strategy is born from theory, a complex, albeit less-than-certain view of how a system works for the purpose of using that understanding to give a school a competitive advantage that in the end will serve its larger purpose of fulfilling its mission. Heads do not need to overthink the theory; but they do need to understand it well enough to be intentional in the development of strategic goals. This is where the thinking comes in. Independent schools need fewer generic strategic plans and more strategic thinkers.